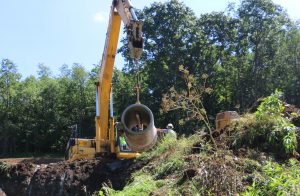 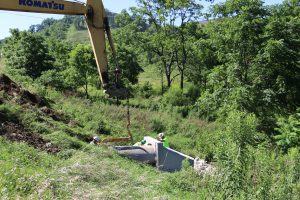 Kenco PL2250 Pipe Lifts are being used on the largest project currently underway in Colombia, South America. This is the first project where they have laid this size of pipe in Colombia utilizing the Surelock mechanical pipe joint system. Butler Tech has been contracted for the project, and they are seen in the photos working near the coastal village of Tolu.

Gabe Guevara of Surelock had this to say about our product: ‘Thought you might to see your Pipe Lifts in action. They work great. Best and safest lifts we’ve ever used. These lifts have increased our productivity by more than 25%, and we’ve received praise from our client for the safety and ease of operation. We are extremely proud of these lifts.’