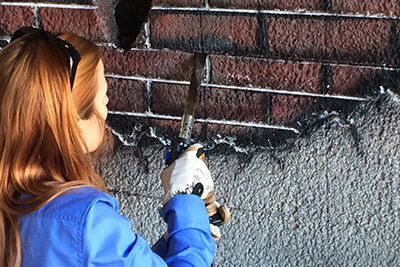 One of our warehouses has been buzzing with some unusual noises this month. Although they sound much like teacher’s nails down a chalkboard, I couldn’t help from sneaking over the other day for a “look see.” It’s not nails, rather a hot knife and the chalkboard? Well, that would be styrofoam. (Don’t worry, we haven’t cut back on manufacturing costs of our lifters!) So what has been going on here at Kenco HQ? So what has been going on here at Kenco HQ? Preparation for ConExpo March 2017, of course! The sounds, smells, and sweat are all too familiar to our marketing department who heads up the design of this castle-like structure. And what better way to understand the trials and tribulations of the stage-hands for ConExpo exhibitors than to jump right in?!

Anyone that knows me well, knows that I am not the most patient person. That being said, It took every bit of self-control I had to sit idle for instruction on how to use the hot “butter knife” for cutting foam block. (Oh, just let me try it already; I can do it!) With the lesson finally over, I tossed my gloves on and went to work with my melt-tastic, samurai sword in hand! (Watch out world; this woman has skills no one could have ever imagined!)

Maybe I was overzealous or a tad too confident in my first cut because it didn’t go as smoothly as I had planned. Styrofoam can be quite persnickety. And so I calmed my horses and decided slow and steady will win the race. As I worked ever so carefully along the edge line of each individual brick (yes, hand-melted INDIVIDUAL brick), my mind started to revert back to being a kid watching marshmallows melt over the fire. It is quite mesmerizing to say the least. Could be the childhood memories – could also be the fumes…

Either way, thirty minutes in and I have a newfound respect for all that it takes to prepare this exhibit that will be unveiled at ConExpo March 2017.
When you walk by it, you will probably think similar to what I had. “Just some foam blocks; nothing to be seen here.” But let me assure you, each and every block was meticulously created and painted to give you a realistic stone/brick exterior you would swear was the “real deal.”

I hope you take a gander by our castle in the North Hall. I’ll be there basking in the glory of the mere dozen or so brick I created. Come join me!

Want to join the discussion?
Feel free to contribute!

This site uses Akismet to reduce spam. Learn how your comment data is processed.

Top 5 Funniest Names for the Actuator 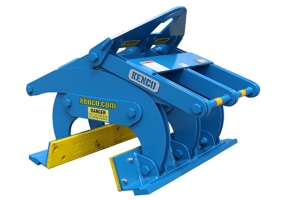